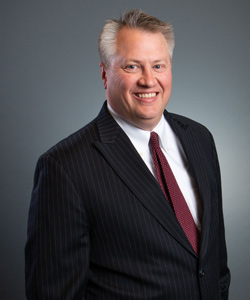 Brooks, Tarulis & Tibble, LLC is pleased to introduce Eric R. Wilen as a member of our team.

For more than 20 years, Eric has been counseling small and middle market business owners with their estate and business succession plans.  Eric has practiced with small and medium size law firms which has given him the opportunity to work with many entrepreneurs in a wide-range of industries including manufacturing, transportation, warehousing, distribution, e-commerce, healthcare and technology.  Eric often acts as general counsel for his business clients which has provided him with the unique insight and ability to help a business owner.  Eric has extensive knowledge of the estate and transfer tax laws which has given his business owner clients the opportunity to preserve their business legacies for future generation.

Eric is a long-time Naperville resident along with his wife and children.  Eric is very active in the community by serving as the Board President of Senior Home Sharing, a non-profit organization dedicated to providing seniors in DuPage County with an opportunity to live independently in affordable family-style homes. Eric is also a member of the Rotary Club of Naperville Sunrise.

Eric can be reached at: