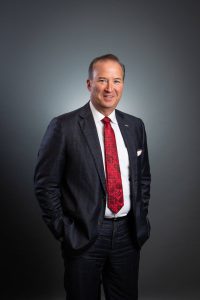 David has been attorney in the Naperville area for over 29 years.  He has been affiliated with the firm since 1996 and is currently Of Counsel.  Since graduating from the University of Illinois College of Law in 1989, David has aggressively represented individuals, businesses and governmental entities in both litigation and transactional matters as plaintiffs and defendants involving personal injury, employment law, commercial litigation, business disputes and real estate..

In a distinguished legal career spanning almost 30 years David has represented hundreds of individuals and businesses in litigation and transactional matters in state and federal courts throughout the entire United States.  During this time period, David has tried cases to arbitration and jury verdicts and obtained personal injury settlements and cumulatively totaling over $10,000,0000. In 2017 David settled a disputed slip and fall case through an arbitration service for $240,000 involving a shoulder replacement surgery case.  In 2018 he obtained a settlement in a trip and fall case against the City of Wheaton for $50,000.  In 2010 David settled an underinsured Motorist claim for over $175,000 on behalf of both a driver and passenger of the same vehicle.  In 2008 he represented two elderly couples with closed head injuries and a woman with severe knee and back injuries in automobile collisions and received policy limits settlements of $100,000 for all three claims. In 2006 David helped an injured motorcyclist in Naperville receive a $75,000 personal injury settlement.  In 2003 David negotiated a $1,670,000 dollar wrongful death settlement in an out of state auto collision.  In 2012 David briefed and argued a case before the Illinois Supreme Court involving mortgage foreclosures.  David is a member of the DuPage County Bar Association , the Illinois State Bar Association, and is a certified Arbitrator.

David has a vast array of legal experience having filed many cases through trials, administrative hearings and appeals in the following areas:

As a lifelong DuPage County resident, David is deeply devoted to public service in his community.  David was elected to serve as a Naperville Township Trustee from 2009-2013 and was then elected to a 2 year term on the Naperville City Council from 2013 through 2015.   He is a member of the Naperville Rotary Club and former member and club president of the Exchange Club of Naperville.  He is currently president of Naperville’s Citizens Appreciate Public Safety Board and was recently appointed to the Naper Settlement Board of Directors.  Throughout his career, David has demonstrated leadership skills in a myriad of community service projects including the 2009, 2012, 2015 and 2019 Healing Fields of Honor and other not-for profit and public projects.  He has been married to his wife Tonya since 1991. They live in Naperville and have three grown children.